Since its launch last year the Octonauts programme on Cbeebies has been a huge hit in our house.  Ben loves it and my V+ box has 3 pages of episodes recorded on it.

At the moment the only merchandise are the books to buy.

Last Christmas I added a Tomy Bath Rescue Centre to Ben’s Amazon wish list, and he luckily recieved one. 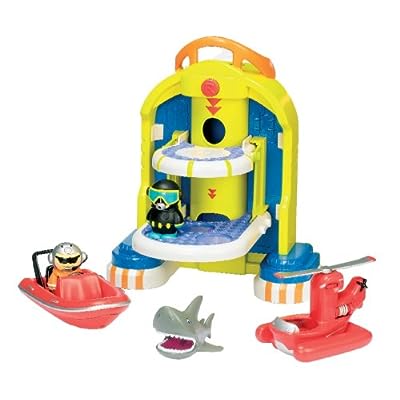 So what does this have to do with the Octonauts? Well for Ben the 2 characters in the set are Peso and Captain Barnacles and the rescue centre is the Octopod.  The boat is the Gup-B and the shark is many of the different fish/whale/sharks that they meet in various episodes.

The set is brilliant, and bath times are very much loved and requested.

The Diver (Peso) has a magnetic head so that the helicopter has a winch that comes out the bottom so he can be rescuded by Captain Barnacles, then put safely back on his shelf. 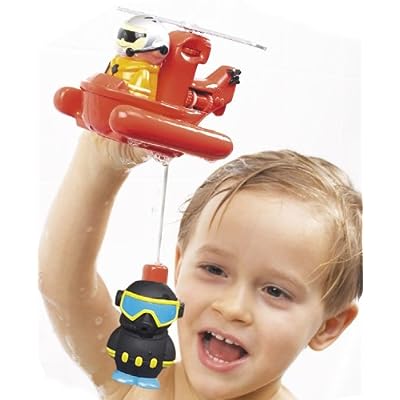 The Octopod (Rescue Centre) has 2 suckers on the back to stick it to the bath, my bath is rather curved but it works still and stays put. I then take it off and stick to the tiles for my bath time.   The boat can be clicked in at the bottom of the centre and either character put at the top and then the red button pressed and they fall down into the boat or bath.  This of course is very similar to the Octonauts going down the shoots in the Octopod. 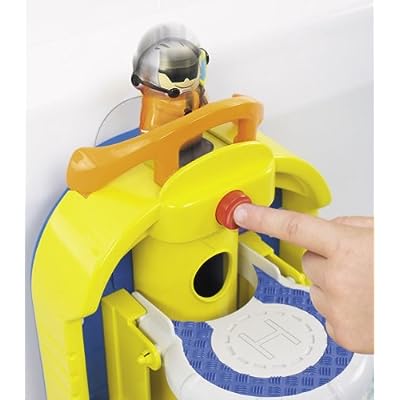 Ben can work it all by himself, and I only showed him once how to save Peso with the helicopter and now he just plays with all the different bits of it.

I also never mentioned Octonauts to him when we first had it out the box, it was him who decided it was and well who am I stop point out it isn’t! Shushh, don’t ruin the peace ;o)

This is currently £10.99 on Amazon and worth every single penny

It will be interesting to see when the official Octonauts toys come out (I bet about 2 months before Christmas?) what the quality will be like and if they will have something similar – I bet it won’t be a similar price though!

You may also enjoy:

I started the blog in 2007 whilst pregnant. The blog has moved on from a baby blog, through the toddler years to the now pre teenager ones. I have gone through blogging about health, fitness, beauty and cleaning and everything else that happens in life.